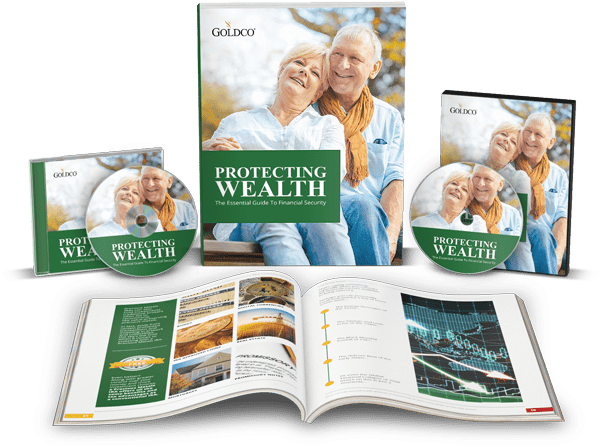 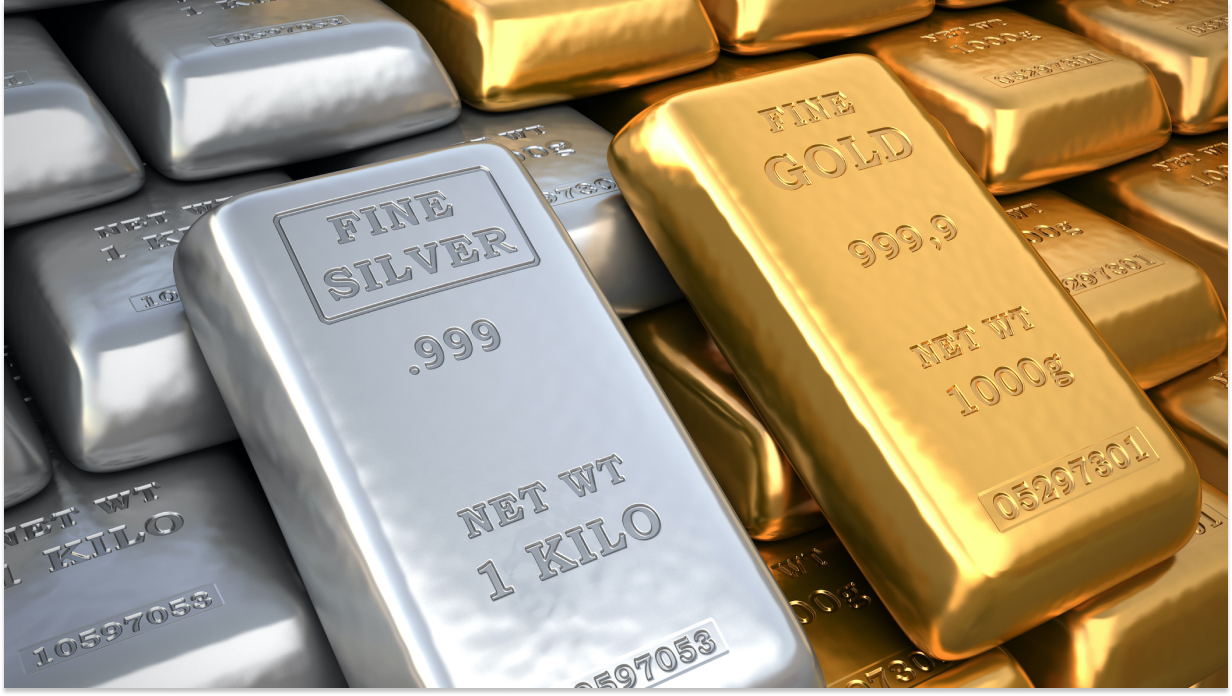 Precious metal prices slumped in mid-June of 2021, following a decline in investor investment and low physical demand. More broadly, gold prices showed a positive trend but fell markedly due to outflows from gold-backed ETFs and lagging federal bank purchases. Silver prices retraced as industrial demand plummeted, while palladium and platinum prices dropped owing to a decline in vehicle production. In short, 2021 was an upsetting year for precious metals, especially gold, as it lost a nominal 4% from its all-time highs at year-end.

Now, will last year’s trend repeat itself in the second half of 2022?

Although high inflation and weaker dollar value in the first quarter provided a positive momentum in commodities, most analysts do not see a long-term bullish trend due to rising yields in bonds. What are the prospects for the precious metal industry for the rest of the year given the current geopolitical and macroeconomic scenario? Is it the right time for you to invest in precious metals today?

In this article, we’ll look at gold, silver, platinum, and palladium price predictions from commodities experts so you make an informed decision in investing. 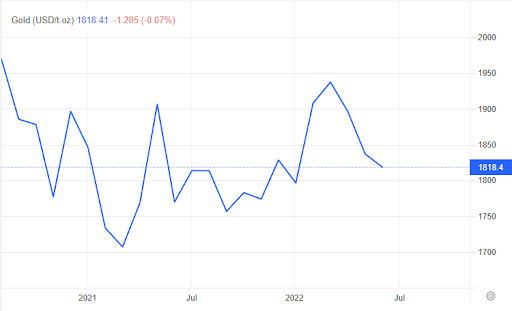 The US Fed hoisted up the interest rates 3 times so far in the current year. The central bank implemented a 25 bps rise in March, 50 on the 4th of May, and 75 bps increase in mid-June – its highest hike since 1994.

Analysts polled by Reuters predict a further lift in the rates by 75 bps in July and 50 bps in September, which potentially restrict the upside in the gold market. Normally, a recession would ramp up the gold prices, but with the now-positive momentum of dollar value driven by the war, high inflation, and prospects of recession – people have been looking to sell their assets. As reported, the US dollar has soared to $105 – at its highest level since 2002 – as the 10-year bond yield went over 3.25%

Bob Haberkorn, the Senior Market Strategist at RJO Futures, in an interview with Bloomberg said, “Gold competes against the bond markets as a safe haven, a potential hike of 75 to 100 bps might make the bond market a little more attractive to safe-haven buyers than the gold market would normally be.”

Commodities analysts at Zaner brokerage also added, “At present, there does not appear to be a definitively bullish fundamental theme to offer hope to the bull camp in gold.”

US-based Citibank forecasts a $2125 value for the commodity in the first three months but expects the price to decline to $1900 in 6-12 months and views a decrease to $1,700 in the long-term.

The price of silver briefly rebounded to $21.5 per ounce in the last week of June, tracking gains in base metal as fears of recession eased as China lifted and relaxed their Covid-19 testing mandates in Shanghai. 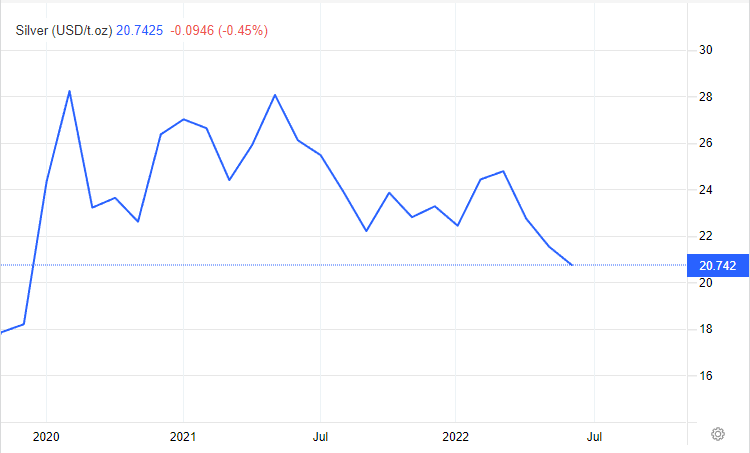 Silver closed at $22.30 in January and soared to $26.90 in early March – its peak price so far as inflation spiked with Russia invading Ukraine. However, while the market traded at a great rate of $26 in mid-April, it began to decline sharply as dollar value started to step up. With a $105.52 price level on the 14th of June, the DXY recorded its highest fluctuation since December of 2002. At this time, silver dropped to $20.94 per ounce.

Although the price went back up at $21.87 in the middle of the month, it has tailed off since then. Silver futures as of 30 June are trading at $20.73. Investment bank analysts stay watchful on the silver outlook with the price falling down below the $22 level and interest rates ramping up.

The Silver Institute recently noted in its annual report that although physical silver investment was broadly flat this year, the recent rise in global silver demand could set another record high in 2022.

While platinum and palladium have maintained a positive movement for the past week, concerns about tight supplies remain as the West continues to restrict trade from Russia. 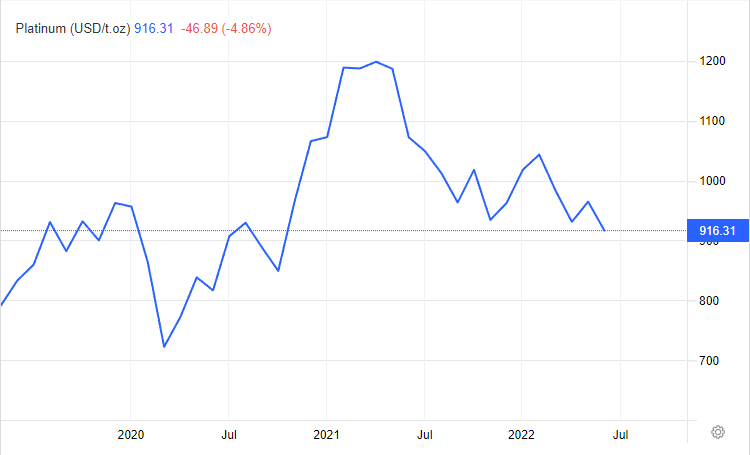 Platinum prices soared to a week-high of $920 per tonne, a slight recovery from its $907 drop earlier in the week as strengthening demand and unease on tight supplies overshadow global growth concerns prompted by aggressive monetary hikes. Autocatalyst demand is anticipated to increase as China resumes its leisure activities following a 2-month lockdown. Meanwhile, analysts fear the disruption in platinum supply as the Russian-Ukraine war continues.

Russia holds 11% of the global platinum output, producing 19 tons a year – making it the second-largest producer in the world according to Dutch bank, ABN Amro. With restrictions on Russian trade, the inability of international buyers to pay for Russian metal potentially entails shortages in supply in the short term. More importantly, the impacts of the recent gold import ban from Russia by the G7 leaders could potentially spill into the platinum market as well. 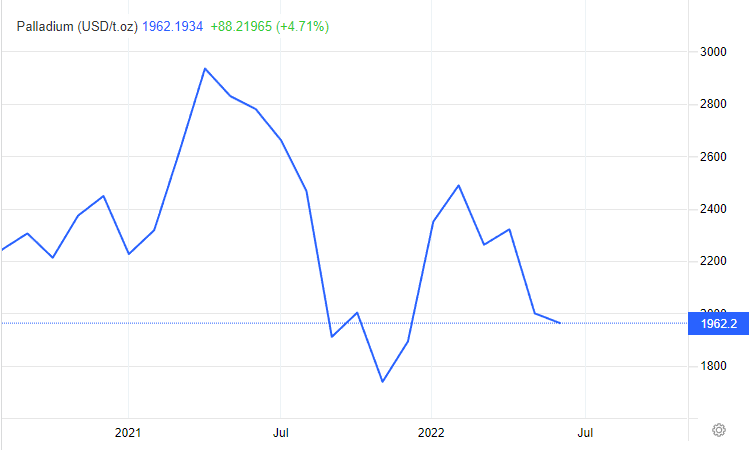 Along with platinum, palladium had a positive movement in the earlier weeks achieving a $1950 price level. Traders have been hoping for a continued boost as China, which accounts for 26% of the global palladium demand, relaxed its restrictions. Similar fears on supplies gnaw in the palladium industry as Britain charged sanctions on Russian oligarch Vladimir Potanin, who accounts for a 35% stake in Nornickel – one of the world’s largest palladium producers – following the suspension of key Russian firms in the Chicago Metal Exchange and the London Platinum & Palladium Market.

Coupled with unpredictability in the macroeconomic environment, analysts seem to have a bearish view of the market.

Experts from Edison Investment Research have an overall positive outlook on PGM prices, except for palladium. “With the expected recovery in chip supply in mid-2022, we forecast a positive outlook for PGM prices except for palladium, which is likely to suffer from loss of market share because it is used mainly in gasoline ICEs and in diesel to a lesser extent,” they reported.

According to Trading Economics’ global macro model analysis, palladium could trade at $1801.65 at the end of the second quarter, and 1595.07 per t oz in 12 months’ time.

So, Is Now a Great Time to Invest in Precious Metals?

Whether precious metals are a suitable investment for you depends on your market outlook and risk tolerance. When considering precious metals predictions for 2022, it’s essential to bear in mind that inherent high market volatility in these types of commodities makes it difficult to give long-term estimates. Thus, analysts and algorithms can get their predictions wrong.

It’s best that you do your own research, and keep updated with the latest market trends, news, and expert opinion and analysis before making any significant decision. Remember that past trends give no guarantee of future success. Invest wisely! 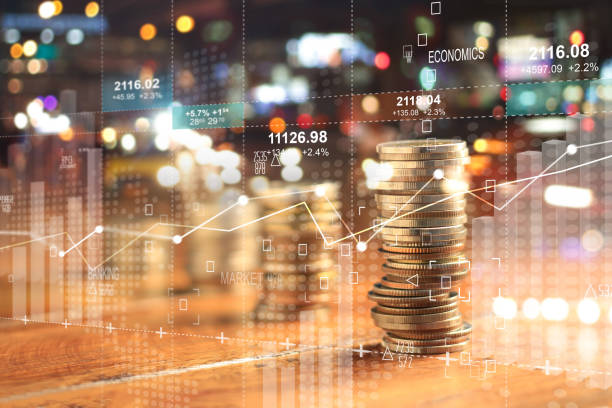 It’s been a tough stretch for the gold market lately, ending the END_OF_DOCUMENT_TOKEN_TO_BE_REPLACED 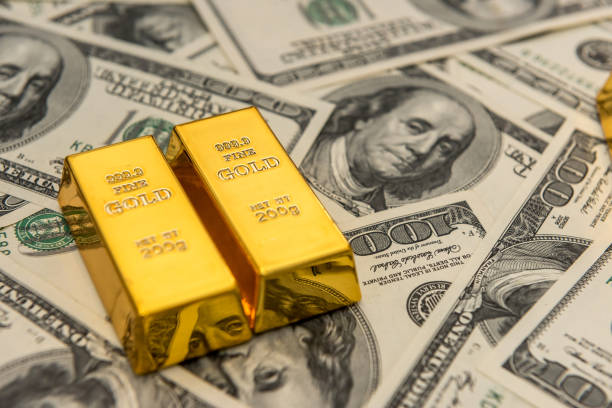 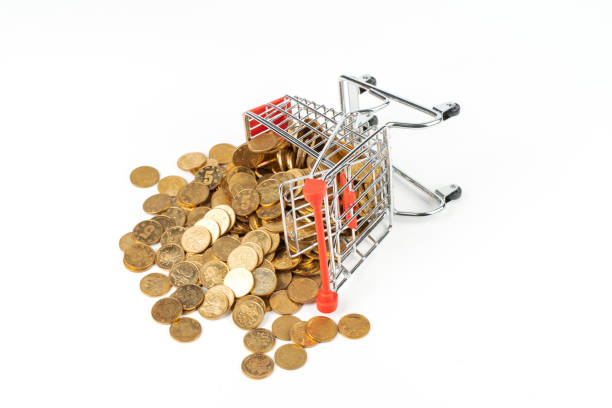